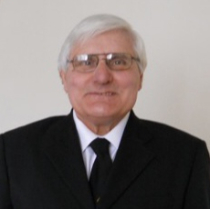 Our Musical Director is David Murdoch.

David was first introduced at the age of five years to Brass Banding by his Grandfather who played the BBb Brass Tuba for the Salvation Army Band in Edkin Street, Workington. The only spare instrument at the time was an Eb Soprano Cornet which David, being only a small fellow at the time, was taught to play by his various Uncles and Cousins—all members of the Workington SA Band (thirteen of them in total!). At age seven he was finally given a Bb Cornet and played second Cornet for the Workington SA Band.

At age twelve he went to play for Workington Town Band and was soon sitting on the front row of the Cornet section. At sixteen David decided that he wanted to play the trombone as playing a forward in a rugby union team earned him lots of split lips—not conducive with Cornet playing!

During his life David has played for Brass Bands such as Cambridge City, Teversal Colliery and Thoresby Colliery and local bands such as Barrow Shipyards, Dearham, Flimby and Whitehaven Bands on various instruments ranging from Tenor Horn, through Baritone and Euphonium to, finally, BBb Bass Tuba.

In his new role as Musical Director, David hopes to continue with the work of John Wigham in sustaining and improving the musical skills and performance of the Band, whilst at the same time teaching new and less skilled players in his new Learners and Improvers classes. Contact David for more details.

Aims of the Band

Cleator Moor Brass aims to provide musical entertainment for the general public in and around the West Cumbria area.

Our band members range in age from juniors to over 80 years of age. We are of mixed playing ability, striving at all times to achieve a high musical standard.  We all gain much satisfaction and pleasure from playing both in rehearsals and public performances.